All of us here at Soccer Star Coaching had an extremely proud moment on Saturday when our Ambassador Curtis Davies, not only lead his team Hull City onto the pitch at Wembley in the FA Cup final, but he also scored his sides second goal of the game. 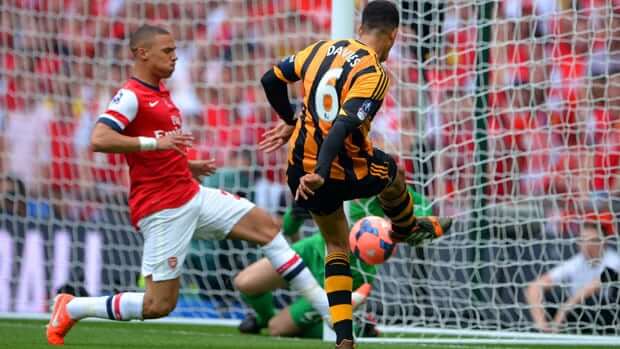 Curtis, who is a close friend of Head Coach Justin, was mixed with emotion after the game. He was on a high from for filling every little boys dream of scoring at Wembley, but gutted as his team let a 2-0 lead slip, allowing Arsenal to take the FA Cup back to The Emirates. The game finished 3-2 to Arsenal after extra time. Arsenal’s quality showed as Hull legs became tired in extra time, with an Aaron Ramsey scoring the winning goal to cap off a great season for him on a personal level. 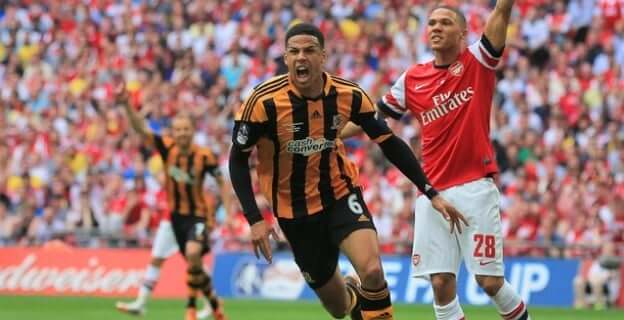 Hull skipper Curtis Davies was devastated as his side squandered their two-goal lead and saw The Cup slip from their grasp.

The centre-back was desperate to lift the trophy for the club and their supporters and it looked like they would after he added to James Chester’s opener to help the Tigers go two up.

A heart-broken Davies said: “When they got tired they still had the quality.

“We gave everything but we are left feeling flat. It was a hard game to throw away from 2-0 up but that’s what we did.” 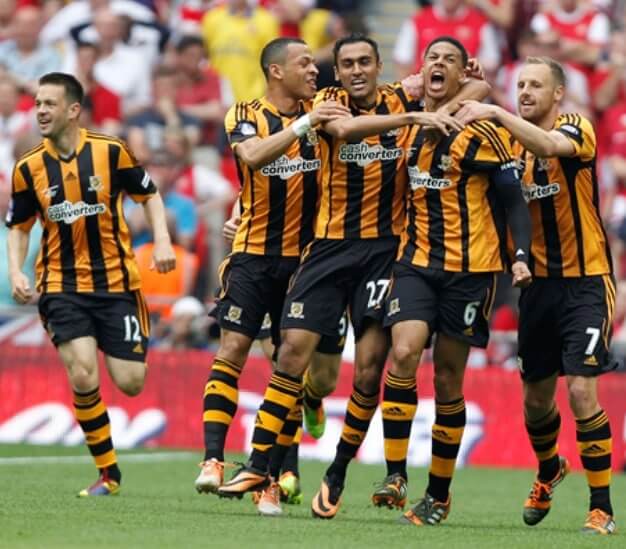 Hull manager Steve Bruce had been rightly heaped with praise this season after keeping the club in the Premier league and reaching the first FA Cup final in the club’s history.

But honest Davies admits he would rather have a medal round his neck that compliments ringing in his ears.

Category: News
Leave a Reply Cancel reply
Get in Touch